Just in! 27-year-old rugby star Mike Okombe stabbed to death by his girlfriend at a birthday party of their friend

It was a dark day for the  rugby fraternity, following  the tragic death of national player Mike Okombe, who was stabbed by his girlfriend on Saturday, November 4. 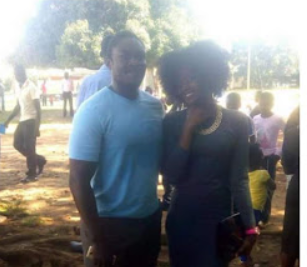 According to nation.Co.ke,  the 27-year-old player known for his sublime ball skills and flamboyant nature was killed following an argument during a friend’s birthday party.

“Mr Okombe and his lover, Ms Mary Anne Mumbi, were attending a birthday party of their friend, a Mr Okoth. The two had an argument before Ms Mumbi went for a knife, which she used to stab Mr Okombe to death,” Japhet Kioko of the Kenya Police Service told the Nairobi News.,

The Kenya rugby team are due to arrive in Hong Kong this week for the four-team Cup of Nations competition.